Hold It In Tour

Ticket price is subject to change at door 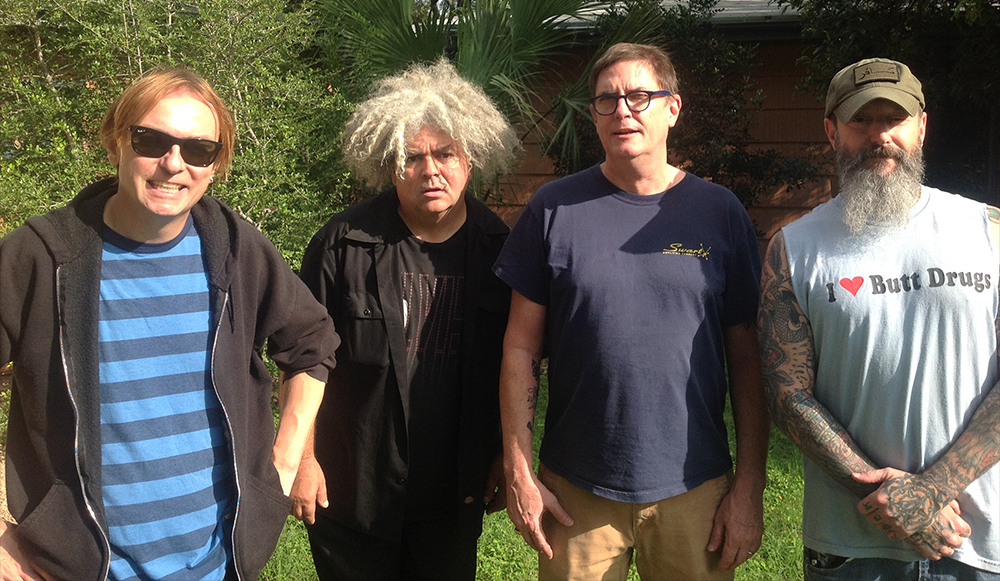 The Melvins were formed in Montessano, Washington in 1983 by Buzz Osborne, Matt Lukin and Mike Dillard.  Lukin and Dillard left the band and drummer Dale Crover stepped in shortly thereafter.  Osborne and Crover have been the Melvins' mainstays throughout their 29 year metamorphosis.

To date the band has released 27 original albums, numerous live full-lengths and far too many to count singles and rarities.  They've partnered with Jello Biafra, Lustmord and Fantomas for individual releases and toured the world many times over (side note: the band was in both Christchurch and Tokyo for their 2011 earthquakes).

With the release of (A) Senile Animal in 2006, the Melvins became a four-piece, essentially annexing Jared Warren and Coady Willis of Big Business.  The Melvins, already known for their shattering mix of punk-meets-metal (and often referred to by an assortment of tags including sludge and grunge), were now louder and more bombastic than ever leading to a resurgence in the band's popularity and a run of three original full-lengths.  Never ones for complacency, Buzz and Dale have since created Melvins Lite, a line-up partnering the pair with Mr. Bungle’s Trevor Dunn and most recently teamed with Butthole Surfers’ JD Pinkus and Paul Leary for the 2014 release, Hold It In.